As the nucleus of the Jewish population migrated into South Dallas around South Boulevard, Park Row, and Forest Avenue, so did Temple Emanu-El. By 1917, the congregation had outgrown its S. Ervay location, spurring the construction of its third building at South Blvd. & S Harwood St.

The congregation remained here until 1957 when Temple Emanu-el’s current location at Hillcrest Ave. and Northwest Highway was constructed in response to the Jewish population’s migration north due to changing neighborhood dynamics and highway construction.

This location was demolished in 1972 to make way for further highway construction and other changes to South Dallas. 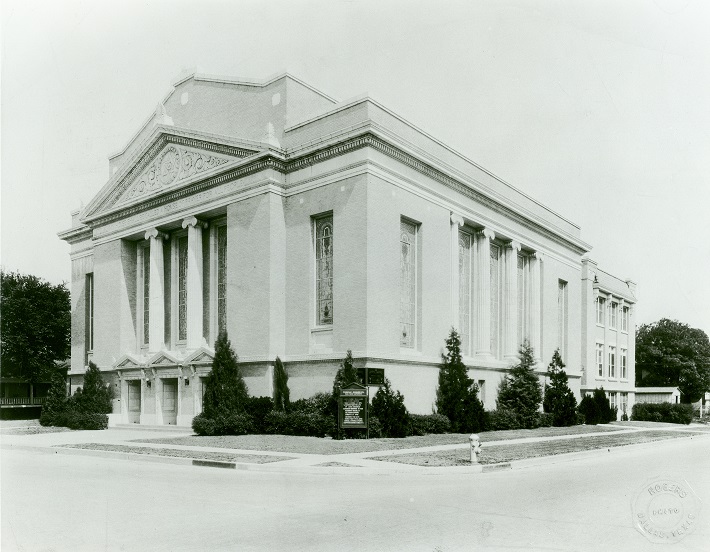