The first permit was issued to build in this neighborhood in 1912. South Boulevard – Park Row became recognized as a nationally registered historic neighborhood in 1979. Started in response to Dallas’ Jewish population expanding beyond the Cedars prior to their northern migration. According to the City of Dallas, “the South Boulevard – Park Row historic district consists of over 100 houses on two streets built primarily by the city’s Jewish community around Temple Emanu-El. The houses are a mix of relatively intact Prairie School, Craftsman bunglaow, and historical revival styles by prominent Dallas architects of the period 1910-1935.” The neighborhood was dissected by the construction of Interstate 45, which arguably contributed to the decline of the Jewish population in the area. 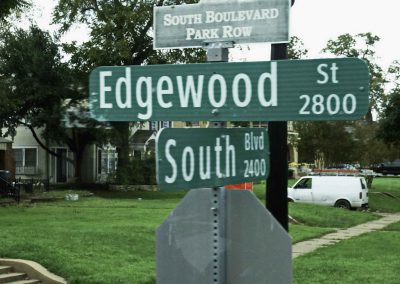 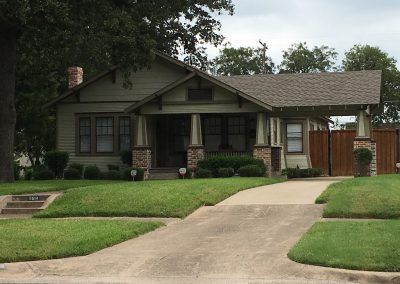 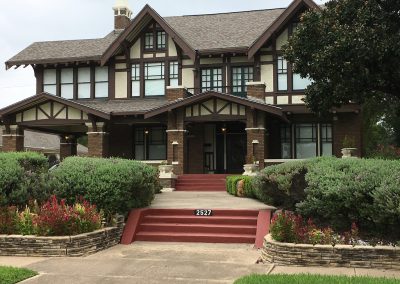 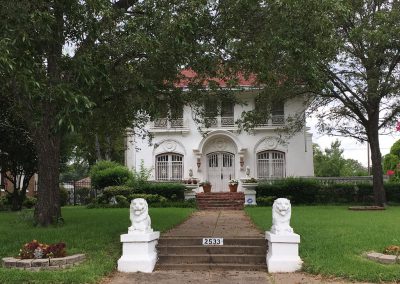 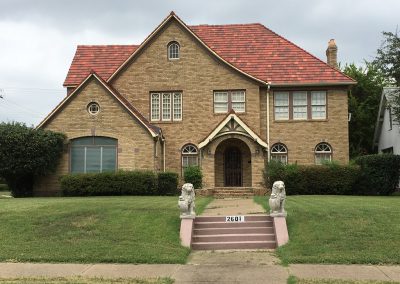 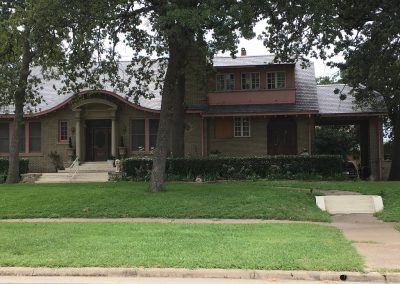 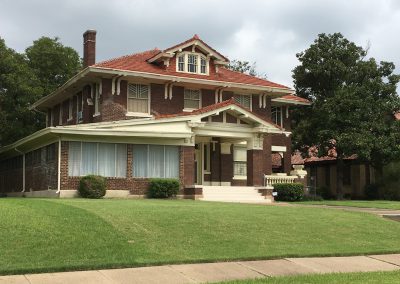 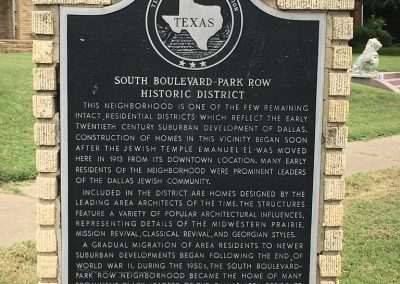