Originally established in the 1920s by a group of South Dallasites interested in organizing a congregation nearer their homes. Congregants began meeting in a feed store at Holmes and Pennsylvania and moved to a home purchased by the congregation on Forest Ave. and Wendelkin Street in 1925. Shortly after, the house was demolished to make way for a large brick building, 1722 Forest Ave. A Hebrew school was added in 1939 as a response to increasing demand. Due to the migration of Dallas’ Jewish population northward in the 1950s, Agudas Achim closed and donated dissolved funds to Akiba Academy.

The Agudas Achim Cemetery was associated with Tiferet Israel from 1924-1957, and located on Scyene Rd and Buckner Blvd, 1938. 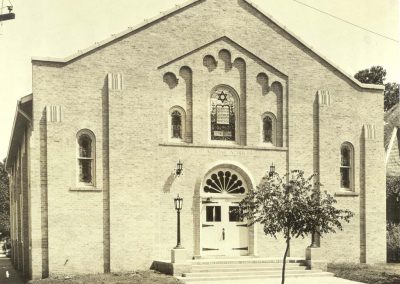 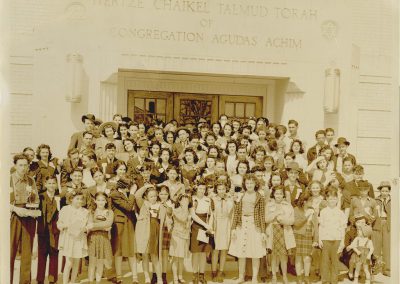