John Henry Brown School (later renamed Billy Dade Middle School) was attended by many Jewish Children in South Dallas (Oakland Ave at Grand Ave [now Al Lipscomb Way]). The school was founded in 1912 by the Dallas Independent School District and named for John Henry Brown, a prominent historian, author, and politician who lived in Texas for many years in the mid 1800s and in Dallas specifically from 1871 until his death in 1895. 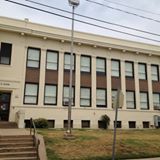