Titche-Goettinger, or Titche’s as it was known, was opened in downtown Dallas in 1902, by Edward Titche and Max Goettinger. Edward Titche, born in Louisiana, grew up in the retail industry, first working with his father in Louisiana, then later opening a grocery store with his brother in Birmingham. After working as a retail clerk in New Orleans, Titche was tapped to take over the Dallas store after his uncle, Aaron Titche, was murdered. Six years later, Titche went into business with Goettinger to create their store.

Originally located at the corner of Elm and Murphy Streets in downtown Dallas, the store moved in 1904 to the Wilson building and then again when it built its flagship location at St. Paul Street, between Elm and Main Streets, which was then considered “Uptown”. At this new, much larger location the store successfully competed for Dallas’s growing fashion-conscious consumer and expanded the number of stores.

The layout of the building was set up like current department stores of its day. The basement was used as a retail space featuring “popularly priced” merchandise. The first floor sold impulse goods such as gloves, hats, purses and hosiery. Children’s clothes and lingerie were located on the third floor. House wares such as rugs, draperies, and furniture were on the fourth floor. The fifth floor featured glass ware and china, and the employee restrooms and hospital. The offices were on the sixth floor.

Over the years, Titche-Goettinger was sold to larger retail conglomerates, who later shortened the name to Titche’s when the store expanded into the suburbs in the 1960’s and 1970’s. The name was changed again from Titche’s to Joske’s (its sister department store chain) until the then-owners (Allied) sold the stores to Dillard’s in 1987. The flagship location in downtown Dallas was closed after the Dillard’s acquisition.

The photos below, from left to right are the original Titche-Goettinger location, the Wilson building location, and the flagship location in it’s modern form, taken in 2020. 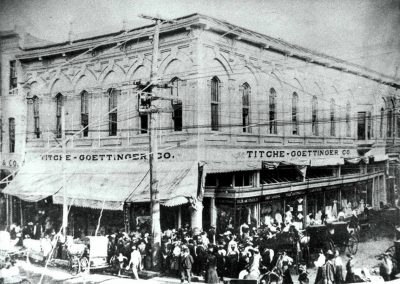 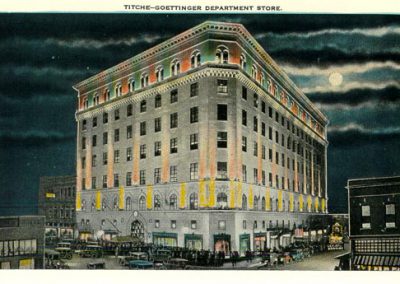 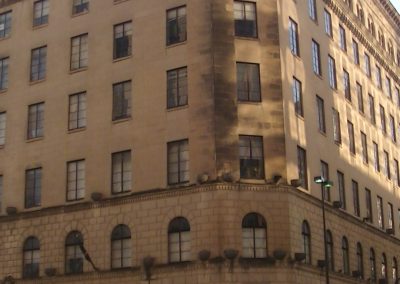 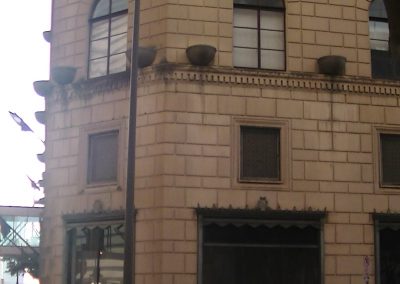 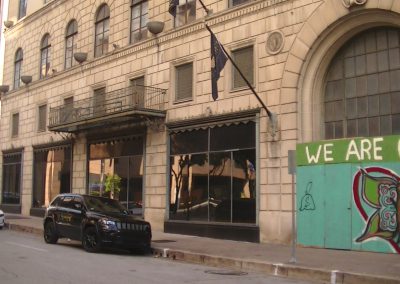 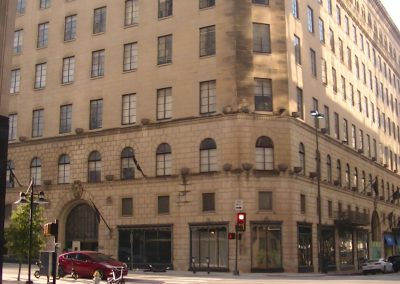