E.M. Kahn Company was another clothier in Dallas, founded by Emanuel Meyer Kahn, a French-Jewish immigrant, in 1872. Prior to immigrating to United States (first Georgia, then Mississippi, and finally settling in Dallas), E.M. Kahn underwent rabbinial training. The store was known for high-end men’s apparel and thrived for over 90 years.

Photos below depict E.M. Kahn on Elm Street in 1909, the early 1920s (note early automobiles and the trolley), and the 1940s. Two photos of the site in its current iteration, as a branch of Bank of America, are also present. 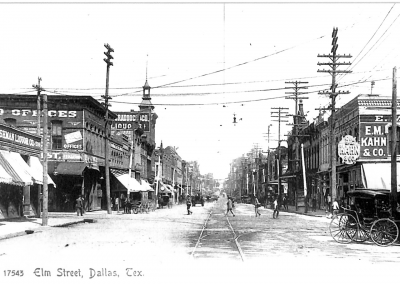 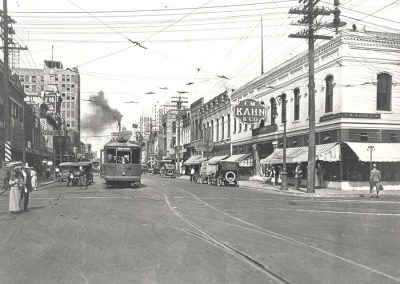 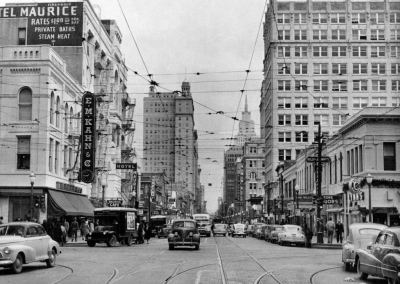 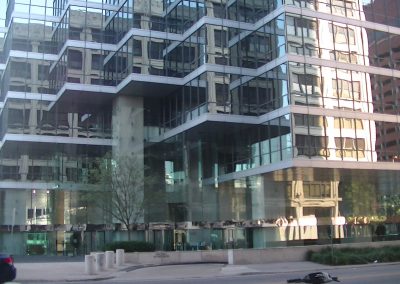 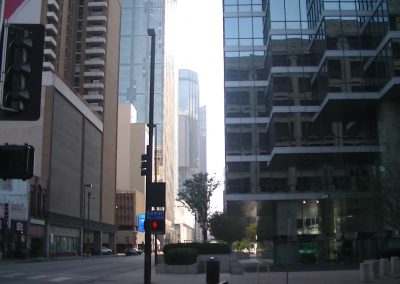