Temple Emanu-El’s second location at S. Ervay and St. Louis Streets right on the edge of Downtown Dallas and the Cedars neighborhood, was constructed in 1899 due to the congregation outgrowing the original building. At this time, Temple Emanu-El serviced around 100 families and remained at this location, in the heart of a predominately Jewish neighborhood, near Old City Park (now Dallas Heritage Village) until moving to South Blvd. in 1917. 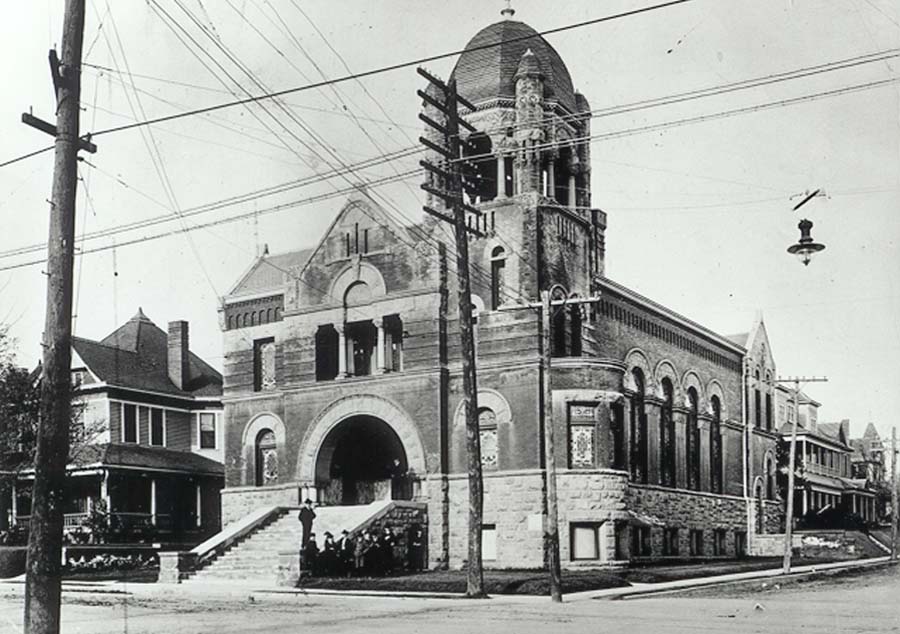