In 1884, a small group of orthodox Dallas Jews gathered in the back of Wasserman’s store on Elm Street in Dallas. Those twelve Jews secured a sefer Torah and called their new shul “Shearith Israel”–“the Remnant of Israel (originally Shaareth Israel).” The first Shabbat services were held above Bradford’s grocery on Elm and Akard, and those who came to that first service had no idea of the long history awaiting the tiny Shearith Israel. Chartered in 1886, by 1892, its members built a synagogue on Jackson Street, between Pearl and Preston. The congregation reached 100 families by 1913 when they joined the Conservative movement of American Judaism. From its humble beginnings, Shearith Israel was among the few Conservative Congregations in America to pre-date the establishment of the Jewish Theological Seminary. Shearith Israel was among the congregations that inspired the early leaders of Conservative Judaism to establish the Seminary, now the world-wide academic and spiritual center of Conservative Judaism. 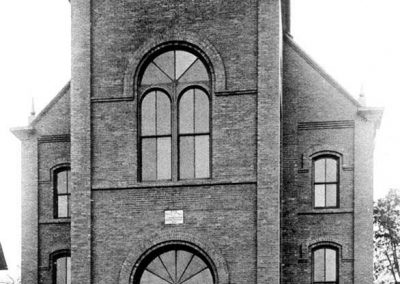 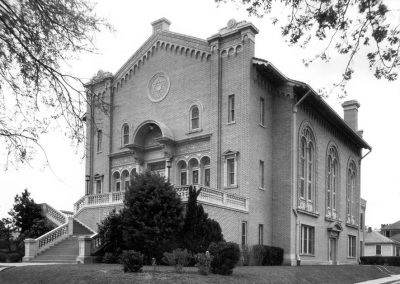 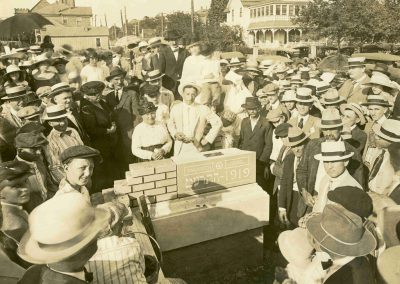