“It was more than just a country club. It was a cradle of Jewish culture, a ballroom where men and women met and fell in love . .” The Columbian Club, founded in 1881, was Dallas’ Jewish country club. Originally founded as a Young Men’s Hebrew Association (YMHA) in 1879, the social and religiously secular club appealed to those who wished to join a fraternal organization, although most in Dallas were unavailable to them as Jews. The organization changed its name to the Phoenix Club in 1890, several years after a free-standing clubhouse, equipped with a gymnasium, auditorium, bowling alley and club rooms, was built on Ervay and Jackson streets. By 1906 the name had evolved to the Columbian Club, and the members, primarily of German extraction and also members of Temple Emanu-El , were a fairly homogeneous group. 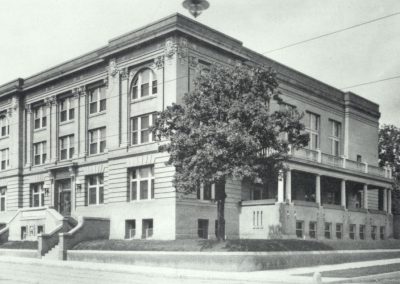 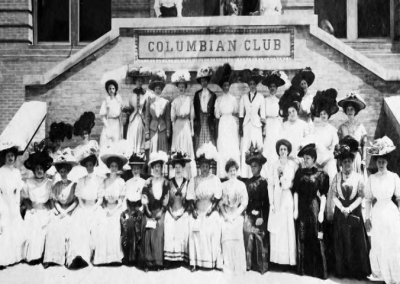